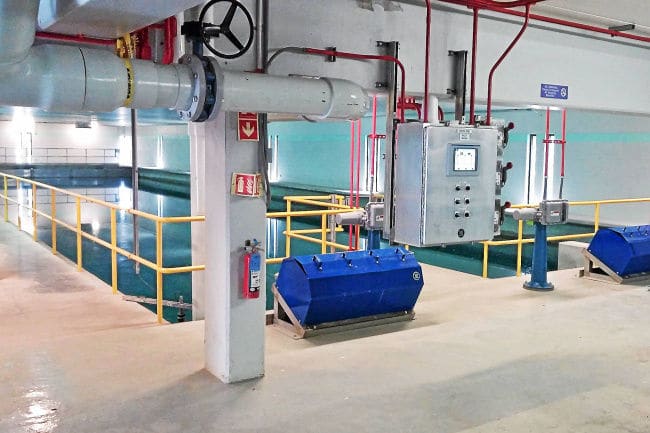 Kerr Pump & Supply has been selected by the City of Marysville to upgrade their water treatment facility by unanimous vote.  This means that Marysville will soon have a new low-service pump and motor capable of pumping 9 million gallons of water per day from the St. Clair River into the city’s water plant for treatment.  This is approximately an 80 percent improvement over the old pump and motor that was purchased in 1953. Some facts from a recent article in The Voice…

“The water filtration plant is seeking to replace an inoperable 1953 low-service pump and motor rated at 5.3 million gallons per day with a new pump and motor rated for the maximum plant design flow of nine (million gallons per day),” plant Supervisor Bari Wrubel said in a report to City Manager Randy Fernandez on April 12. “This project includes a new transformer, a new variable frequency drive and a new electronically controlled knife gate system.”

The pump will join two others rated at plant capacity in a three-pump rotation. The city purchased the other two pumps in 2008.  The plant also has a fourth pump rated at only 4 million gallons per day.

“Although I have not personally worked with Kerr Pump & Supply before, I have received favorable feedback from their supplied references, as well as Rockwell Automation, the variable frequency drive supplier,” Wrubel said.